We convened a scholarly workshop following a call for applications process, to discuss and engage with the analysis of the current memories, narratives and histories of the 1999 NATO bombing. 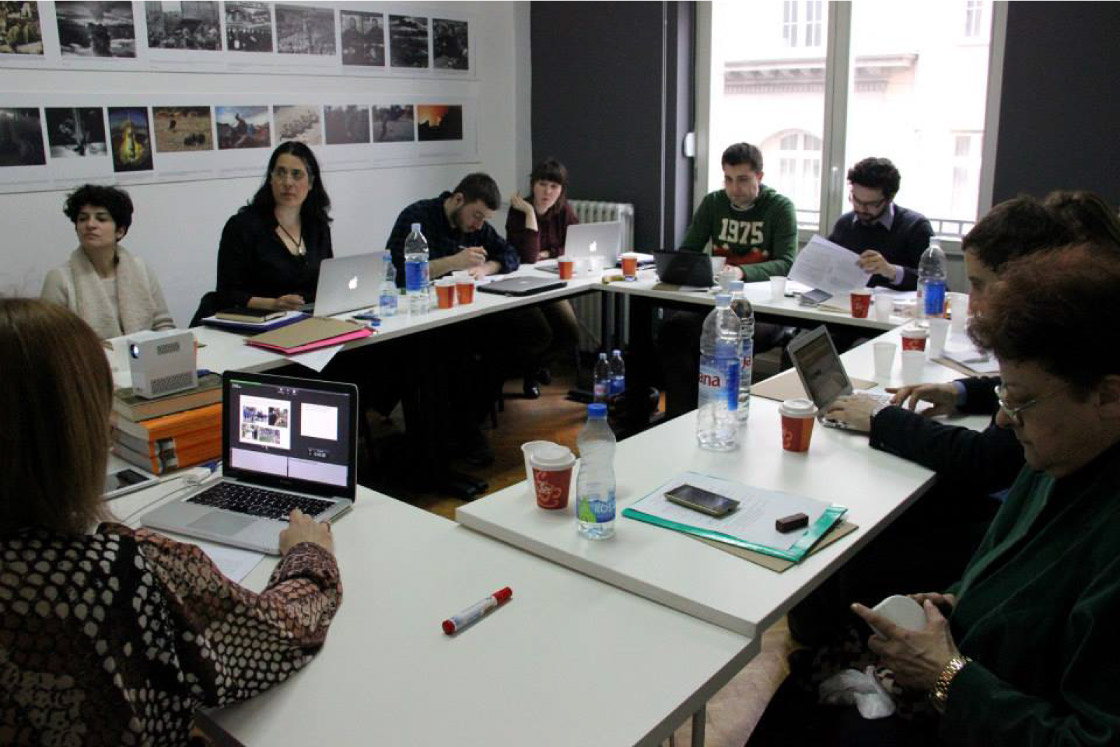 ‘The Song Has Kept Us’: Soundscape of Belgrade during the NATO Bombing

In this paper I explore the importance of sonic and music practices in the experience of NATO bombing in Belgrade, as well as their role in the governmental apparatus of the current regime. My theoretical framework is broadly based on post-Deleuze-Guattarian affect studies and post- Foucauldian governmentality studies. I discuss sound and music not only as text, but as sheer intensity, as a vibrational body and force. I argue that the sonic element in the experience of NATO bombing is vastly important as it provided the surface area, the somatic layer of the war machine, on which the apparatuses of governance could operate and conduct the procedures of overcoding.

Making Sense of Ruins: Architects, Reconstruction and Memory in Belgrade 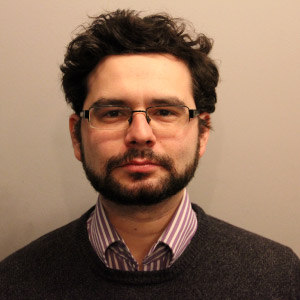 Fifteen years after the NATO bombings, a number of emblematic buildings in Belgrade still lie in ruins and are at the centre of debates surrounding their reconstruction. This paper will examine the memory and narratives of the 1999 NATO bombings from a spatial lens, looking at how architectural discourses of reconstruction relate to multiple understandings and narratives of the NATO bombings themselves. It will focus on how architects in Belgrade discuss and envision the reconstruction of buildings such as the Generalstab in relationship to the past, based on interviews and focus groups I conducted in 2012-2014.  For a number of architects, the ruined Generalstab represents a memorial of the bombing itself and its reconstruction should be an act of memorial architecture which has to engage with the trauma of the city. For others, the duty to the original architect, a master of Yugoslav modernism, would imply a faithful reconstruction that would, however, negate the bombing. The paper explores the continuum between these two approaches by discussing how architects relate to the bombing on 1999 on personal and professional levels, and how narratives of the bombing influence architectural vision for the reconstruction itself. All in all, the article argues that the production of urban environments through reconstruction on the one hand reflects the heterogeneous and conflictual nature of memory.

The 15-Year-Old Sting: Media Discourse on NATO Bombardment in Serbia 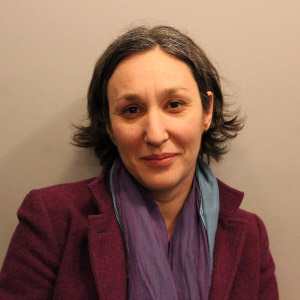 This paper focuses on the present-day media narratives about the NATO bombardment of Serbia in 1999. The paper takes the position that the present- day print coverage about the bombardment is discursively posed as memories. Thus, it aims to examine the media discourse about NATO bombardment through a critical discourse analysis (CDA) of the newspaper coverage of the 15- year anniversary of the bombardment. This approach will shed a light on ‘the discursive aspects of societal disparities and inequalities’ (Meyer, 2001: 30), through historical accounts of political and social relations in Serbia, and in particular in relation to Kosovo and Kosovo Albanians. By using CDA, I will demonstrate how the news media operate as key discursive site of societal and political power, and in particular how they provided a linguistic means through which the privileged are stabilized and iniquities in the society are intensified. Influenced by Fairclough’s “three-dimensional model” of CDA, the research assumes that discourse is “embedded with the socio-cultural structure on number of levels—in the immediate situation, in the wider institution or organization and on societal level.” By using the data from the Human Losses Database, established by the Humanitarian Law Centre, I argue that the media representation of the NATO bombardment was and is ethnically exclusive and offers bias presentation of the historical event. Finally, I will elaborate on the context of discursive production of journalistic discourse, as well as the wider social significance of the print news discourse of the NATO bombardment, in Serbia today.

The ‘Wound’ of NATO Intervention and Serbia's Ontological (In)Security 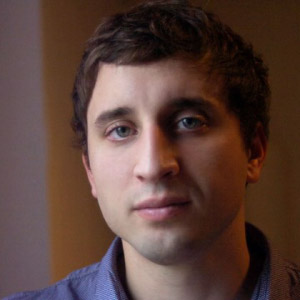 During the operation Allied Force NATO bombed a number of strategic and tactical targets across Yugoslavia including the Generalstaff building in downtown Belgrade on two occasions in April and May, 1999. While most structures hit by NATO were reconstructed immediately after the war, others were repaired (or removed) in the following years. However, almost 16 years on, the ruined Generalstaff building still stands intact. On the surface of things, the main reason behind the inaction seems to be the lack of public consensus on what to do with the building and the resulting bureaucratic politics. At a closer look, as I show in this paper, the preservation of the ruins reflects the need of the Serbian state to be ontologically secure and experience itself as a whole. In particular, I argue that both removing the building and its reconstruction are challenging Serbia’s self-identity narratives, thus creating a situation of ontological dissonance. In order to reduce the dissonance, the Government of Serbia resorted to avoidance. Consequently, the current de facto preservation of the building as a wound of the NATO bombing has simultaneously enabled the maintenance of Serbia’s biographical continuity of a victim of war, without pushing the state to clearly define its position vis-à-vis Europe and the West.

Memories of the 1999 NATO Bombing in Belgrade, Serbia 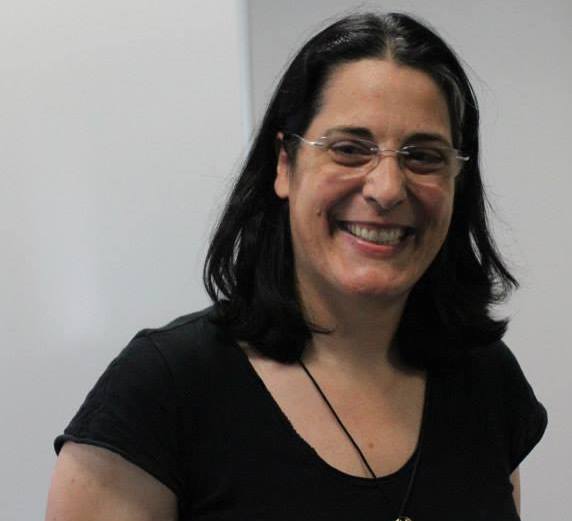 This paper analyzes local memories of residents of Belgrade of the 1999 NATO bombing of Serbia (then still Yugoslavia). By focusing on the memories of this event, yet placing them in a broader context of the conflicts of the 1990s – the break-up of the country and the post-Yugoslav wars – this essay explores what international intervention has meant to respondents in Belgrade and documents memories of international intervention among older and younger generations, as well as active members of anti-war NGOs in Serbia, and citizens who were not engaged in activism in the period of the 1990s. The paper aims at expanding the scope of the discussions on dealing with the past and transitional justice and place them in the context of Social Memory Studies and the study of processes of Post-Conflict Transformation. Even more specifically as related to the case study of Serbia, the text contributes to the analysis of local mnemonic battles as part of the creation of the collective memories of the 1990s in Post- Milošević Serbia and sheds light on the memories of the bombing as related to the war in Kosovo and as shaping post-war Serbia-Kosovo relations.

The 15th Anniversary of the NATO Bombing in Serbia: Official Commemorative Practices and Media Discourse 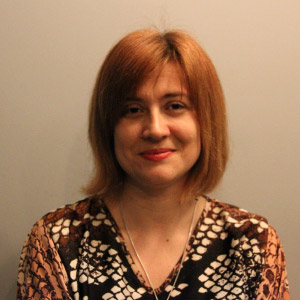 The paper focuses upon the official commemorative practices and media discourse related to the 15th anniversary of the NATO bombing in Serbia. In the first part, a short overview of the official commemorative practices is presented. It shows that there was no central ceremony marking the anniversary; instead, there was a series of commemorative events all over the country with Serbian politicians visiting different memorial sites. In the second part, I principally pay attention to the printed media and investigate the main narrative plot embedded in the media coverage of the event. I argue that the official politics and commemorative discourses employ strategies of victimization. Eventually, in the third part, I reflect upon controversies which each anniversary of the NATO bombing brings forth, and these are the commemoration of the employees of Radio Television of Serbia who were killed in the NATO air strike, and spontanous commemorative acts which occured in the Serbian schools. 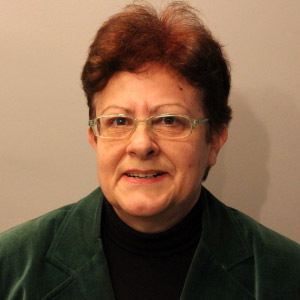 Two months after the end of the 1999 NATO military intervention against FR Yugoslavia, the women’s memories on that War were collected. The main intention of collecting women’s war stories was not to let the NATO military intervention in 1999 to be remembered only through men’s official records documenting mainstream political and military activities. As it was said in Voznesenskaya’s book, Women’s Decameron, the typical women’s way of fighting for survival in violent and imposed surroundings is to tell personal stories about traumatic events. This storytelling is usual and everywhere known typical women’s tool against despair and helplessness. All armed conflicts additionally color public discourse on patriarchal ways, creating war image as exclusively men’s affair. Because of that, the intention of the project was to answers the questions, what women experienced in these days. In short, it was time for women’s survival capabilities. As violence, fear, destruction, mistrust and apathy are everywhere around and when good is overlapping with evil, this was also the time for women’s strengths. The War was for women painful path of changes and learning, where they lived between stresses and perception. But when women are those who create peace, the simple truth becomes apparent, that the costs of war are always higher than its benefits.

Trauma or Entertainment: Collective Memories of the NATO Bombing of Serbia 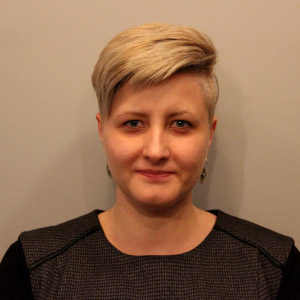 This paper addresses the absence of trauma and the creation of a collective memory among the contributors of the journal Symposion following the 1999 bombing of Serbia. The paper analyses how the community's collective memory is created and what place does the non-acknowledged trauma occupy within it. Through an examination of the e-mails of this groups and conducting interviews with its members, it is explored in what ways the shared narrative patterns about and the everyday activities during the air-raids constitute a mnemonic community, and what are the community’s shared cultural frameworks that create a space for collective remembering. The paper looks into how the community’s dynamics, their social position, ethnic belonging, gender, and other factors of identification contribute to the creation of a collective memory.

Elisa Satjukow
Faculty for History, Arts and Oriental Studies, Department for the History of East and Southeast Europe, University of Leipzig 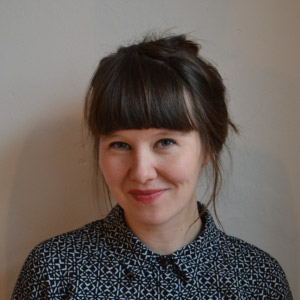 On the evening of the 24th of March 1999 the first air strikes hit multiple targets in the Federal Republic of Yugoslavia. The Operation Allied Force had begun. The air raids lasted for 78 days. During this time, everyday life in the Serbian capital was reshaped by the bombardment. This did not only affect the infrastructure of the city, but turned its inhabitant's days and nights upside down. People were helplessly waiting for the war to end. But simply waiting cannot fill a day – waiting for the next alert, for the electricity to come back on, for the bombs to stop falling. Suddenly the normally busy city slickers found themselves confronted with endless time windows. This meant to fill everyday with new tasks, to create new routines. The Milošević regime was aware of these needs. It used the state of exception to further and deepen its own propagandistic imperatives of national unity and to advertise the necessity of the „war of defence“ within the nation. The state started to offer a wide range of events that did not only entertain, but did create spaces to meet and to ‘ally’ against the enemy. Beyond the state-prescribed cultural events, numerous efforts sprouted throughout the city to maintain a social and cultural life. This paper will tell of the diverse ways the people of Belgrade spent the time between and during the air raids.