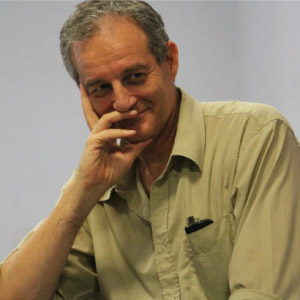 Prof. Oren Yiftachel teaches political geography, urban planning and public policy at Ben-Gurion University of the Negev. Yiftachel is one of the main critical geographers and social scientists working in Israel.

Yiftachel studied in Australian and Israeli universities, and previously taught in urban planning, geography, political science and Middle East departments, at a range of institutions, including: Curtin University, Australia; the Technion, Israel; the University of Pennsylvania, Columbia, and UC Berkeley, in the US; University of Cape Town, South Africa and the University of Venice, Italy. He was a research fellow at RMIT, Melbourne; the US Institute of Peace, Washington DC; and the Van Leer Institute, Jerusalem.

Yiftachel is the founding editor of the journal Hagar: Studies in Culture, Politics and Place, and serves on the editorial board of Planning Theory (essay editor), Society and Space, IJMES, MERIP, Urban Studies, Journal of Planning Literature, and Social and Cultural Geography.

Yiftachel has worked on critical theories of space and power; minorities and public policy; 'ethnocratic' societies and land regimes; He is currently working on three main research projects: the spatial transformation of Israel/Palestine; the geography of ethnocratic power structures; and the various shades of the 'grey city' using a comparative international perspective.

Yiftachel's work made several contributions: in urban and planning studies he was among the first to focus on the 'dark side' of urban planning and has contributed much to opening up planning theory to critical theory in general, and to issues of identity, power and space in particular. In political geography his groundbreaking work formulated the concept of 'ethnocratic' regimes, which has opened up several important debates in ethnic and racial studies, regime theories and research in Israel/Palestine and the Middle East. His comparative work has focused on analyzing spatial policy towards minorities in a range of multiethnic states, and most particularly Australia, Sri Lanka, Estonia and South Africa.

Yiftachel analyzes the Israeli regime as 'ethnocratic', promoting a colonial project throughout Israel/Palestine, and documents in great detail the spatial and political means of Israel's expansion and control, and Palestinian resistance and counter mobilization. However, he identifies Zionism as concurrently a liberating and oppressive project, and classifies it as 'colonialism of refugees', which draws much of its strength from the tragic Jewish history. Yiftachel's work is rich in spatial theorization, with development of concepts such as 'trapped minorities', 'fractured regions', 'internal frontiers', 'creeping apartheid', and 'gray urbanism'.

Yiftachel has worked as a planner and activist in a wide range of institutions, including the Perth City Council in Australia and the Kibbutz Movement in Israel. He specialized in advocacy planning and land consultancy. Recently he has worked on an Israeli-Palestinian plan for a bi-national Jerusalem; on an alternative plan for the unrecognized Bedouin villages in southern Israel, and on a plan for a multicultural Beer Sheva.

Yiftachel is also a board and founding member of several activist and professional organizations, including Faculty for Israel-Palestine Peace (FFIPP), PALISAD, The Coexistence Forum, Adva (centre for social equality); the Israeli Planning Association, Ekistics and Habitat International. He is a regular op-ed contributor to leading Israeli newspapers, including Haaretz, Ynet and Ma'ariv.

Yiftachel has published over 100 papers in leading journals and book chapters. Among his books: